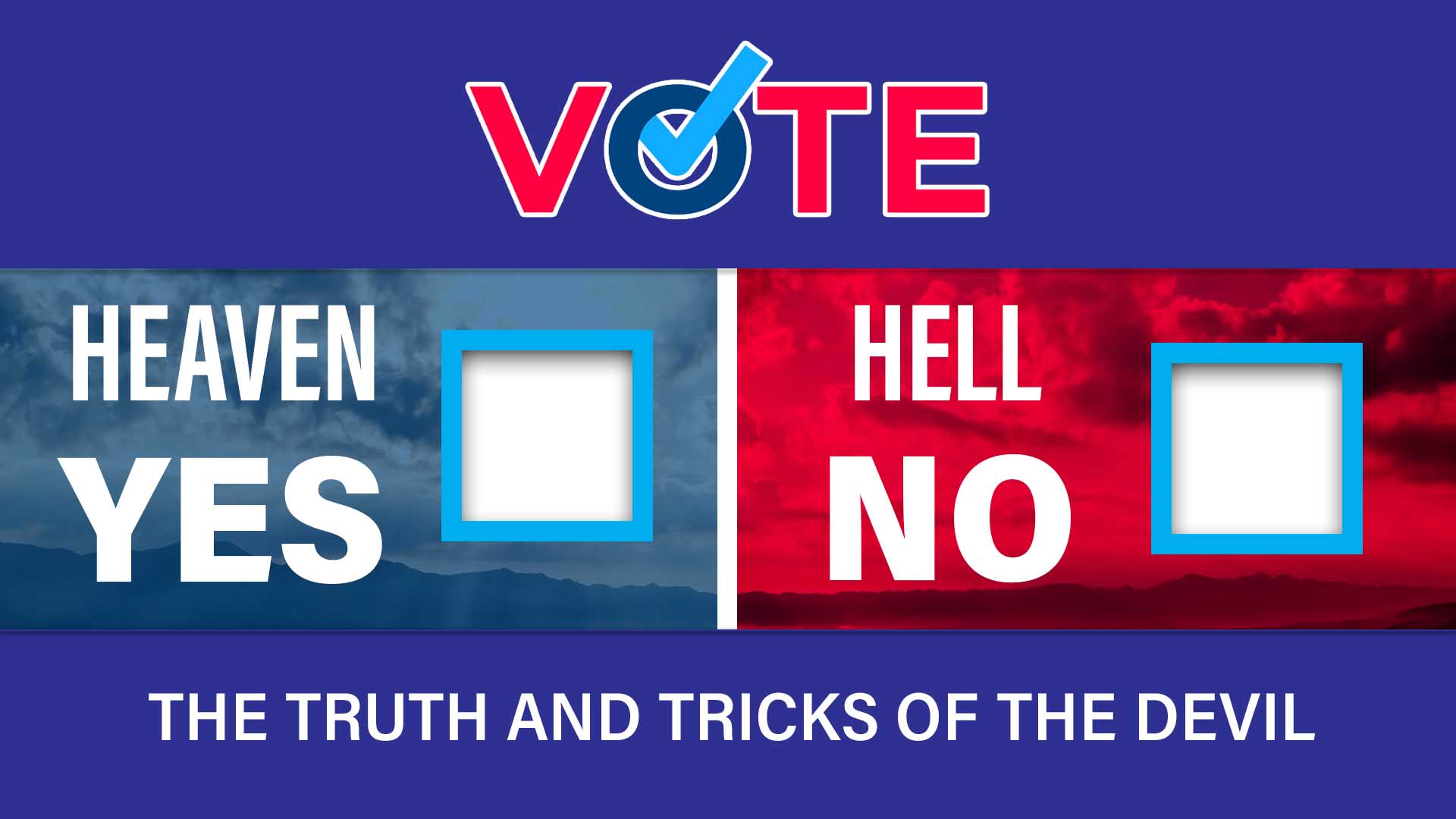 Heaven Yes! Hell no! The Truths and Tricks of the Devil | Satan’s Greatest Tricks

He believes in God, but does he believe the only way to God is through the death, burial, and resurrection of Jesus Christ?

The Bible is the Ultimate Authority. When we don’t have the Bible as the ultimate authority, we often think we are the authority.

We have to believe in the virgin birth, Jesus lived a sinless life and dies for our sins, that the devil is real, that we have sinned, that heaven and hell are real, and God sent His Son where we could have life and live it more abundantly.

God’s Word is not only the Ultimate Authority; it will never leave us.

One of the greatest problems in America today is that so many people want to be the authority on so many things that only God can. Satan is having his way and will in so many areas today because there is no Ultimate Authority. If you really want to bring peace out of chaos, simply allow God’s Word to be the Ultimate Authority.

Too many people are settling for okay instead of best. For example, it’s okay to come to church and not be the church. When you don’t do your part in the family, it not only hurts you but it hurts the church family as well. You never realize how much you’re missing until you find your part of the body.

Hell is real, hell is hot, and there is suffering. In hell, you have feelings and memories. In hell, you don’t want anyone else coming or going there.

That God is not in Control.