Daughter’s of the King Week 3 – Deborah 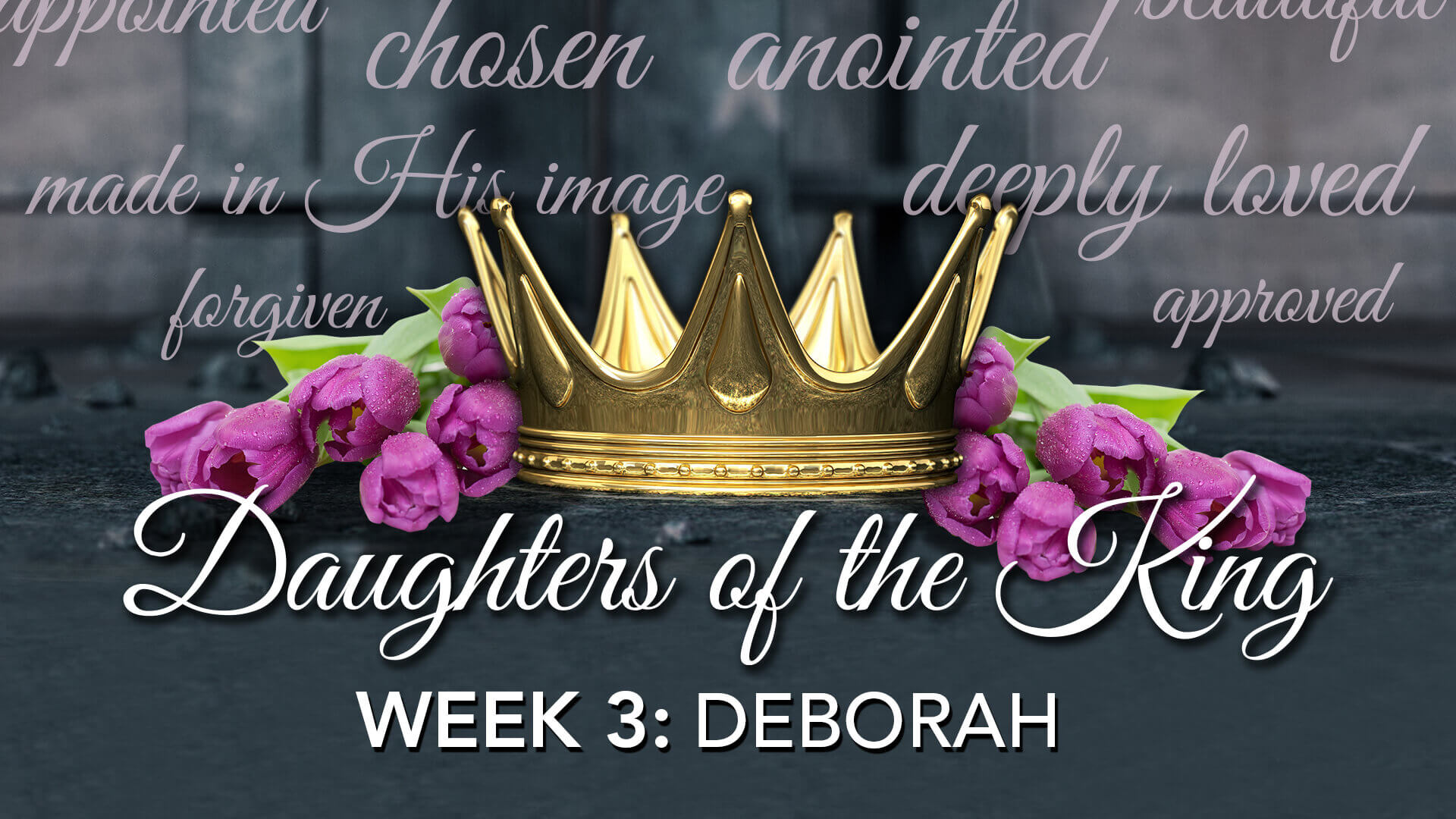 Deborah was a Judge, the head of Israel and a great spiritual leader! She was an encourager of men into manhood. Israel was in great need and call out to God and God send Deborah! (Judges 4:3, NCV) God was using women in the Old Testament and God used women in the New Testament. Women were the first Prophetess – first to bring the message that Jesus was alive. (Matthew 28.5-7, NCV) She was the only woman judge. It’s clear sometimes women can be of great help during the most critical times of life.

Things Deborah Could Have Done

Ladies help the men in your life become the men God would have them be, by learning the ministry of your presence. Does your presence bring inner strength to your man when you are around or does your presence bring intimidation? God created you to come along side your men and help make them into the man God wants them to be. Man operates better for God and with God when he has the right woman by his side! (Genesis 2:18, AMP) (Genesis 2:21-24, AMP) Ladies you don’t have to be married for God to use you in a great way in the lives of boys and men.

Men have a fear of failure and losing, they don’t want you to know it and that’s why they need you so badly. Men will quit if they don’t see victory anywhere in the near future. Ladies if your man really believes you believe in them and you learn the ministry of your presence, they will storm Hell with a water pistol!

Deborah is saying “The Lord already gone before you, hasn’t he?” She turned his attention to the Lord. Women you might not be the head of the home but you just the power to turn the head where it needs to go and look! Look what all Gods done – Look what all God wants to do.

When he won. He was able to get some of the credit. She delivered dignity to the point where Barak is even mentioned in Hebrews 11:32, The Hall of Fame for Faith.